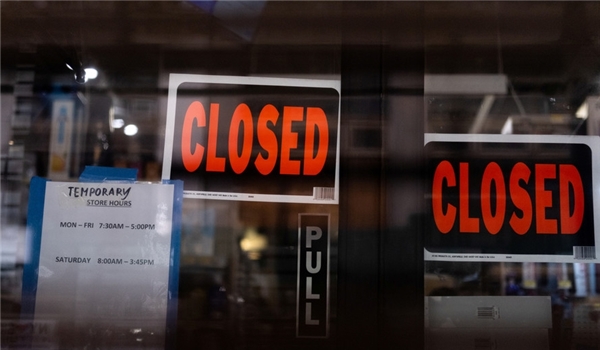 TEHRAN (FNA)- Nearly two-thirds of Latinos in America have either lost their jobs or are experiencing significant economic hardships because of the novel coronavirus, according to a new poll released Friday.

In all, the poll found a staggering 65% of Latino households have experienced at least one job loss, wage cut, or lost their self-employment. That includes 35% of respondents who said they lost employment, 46% who said their pay had been reduced and 29% who said their small business was either shuttered completely or lost significant revenue. Roughly 43% said they expect to have difficulties paying rent, Anadolu news agency reported.

The poll included responses from 1,200 people who were asked about their experiences between between April 7-12, a time period in which many states have closed non-essential businesses and ordered residents to stay home in a bid to curtail the spread of the coronavirus.

As states prepare to begin the gradual process to reopen their economies, 70% of Latinos worry someone in their household will lose their job, according to the poll.

It further found 76% of the country's largest ethnic minority group fear they won't be able to pay rent or afford other basic expenses, and 73% said they worry they will lose their savings or retirement funds.

But it found that despite the grim outlook, the vast majority of Latinos --- 81% --- do not want to get back to work regardless of the consequences, instead favoring to do “whatever we can” to stop the outbreak “even if it means more weeks of staying at home”.

That is compared to just 19% who said they favor getting back to work as soon as possible.