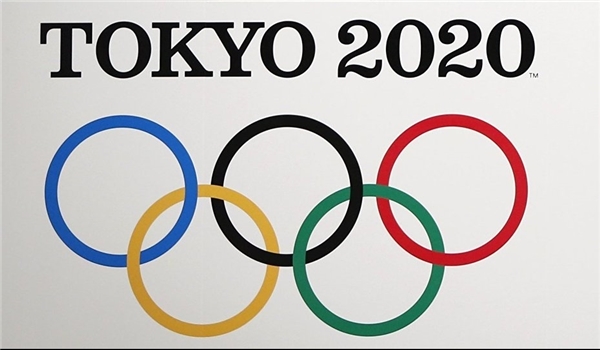 TEHRAN (FNA)- Iranian Sports Medicine Federation is going to start a screening program to detect COVID-19 in those athletes who will participate in the upcoming Olympic Games.

“The project will begin from this week and according to the schedule, 52 ahtletes who have already won Olympics quota will be screened,” the Federation’s Spokesman Reza Saeedi said.

“In the first stage, experts will contact every Olympian and ask a few questions regarding their probable symptoms, the status of training, and diet and so on. If anyone of the athletes is suspected to be infected, the physical examination will be performed as the second stage,” he noted.

Discus thrower Ehsan Haddadi, the London 2012 silver medalist, was the most prominent Iranian athlete who had been infected by the novel virus and then defeated it.

Saeedi also noted that among 3.6 million athletes across the country, only eight have contracted the disease so far and none have been hospitalized.

Iranian Health Ministry Spokesman Kianoush Jahanpour said on Saturday that 1,374 new cases of coronavirus infection have been identified in the country in the past 24 hours, voicing pleasure that 55,987 of patients have recovered so far.

“1,374 more patients infected with COVID-19 virus have been identified in the country since yesterday based on confirmed diagnosis criteria,” Jahanpour said on Saturday.

He said that the total number of coronavirus patients in Iran has increased to 80,868, adding that 5,031 people have lost their lives due to infection to the virus, including 73 in the past 24 hours.

Jahanpour, meantime, said that 55,987 infected people have been treated and dismissed from hospital, expressing concern that 3,513 patients infected with COVID-19 virus are in critical conditions.

Iranian Health Minister Saeed Namaki stressed on April 7 effective measures to control coronavirus epidemic, expressing the hope that the disease would be controlled in Iran by late May.

The coronavirus COVID-19 is affecting approximately all countries and territories around the world. The virus was first reported in the central Chinese city of Wuhan late last year. It has so far killed more than 154,000 people and infected over 2.2 million others globally.

US: 'Death to America' Chanted at Massive BLM March in Oakland

Broken Windows, Stores on Fire in Protesters Clash with Security Forces during Rally in Colombia

TEHRAN (FNA)- Protesters clashed with security forces during a march in the wake of the Peace Week in Bogota, Colombia. One of the rallygoers was carrying a sign reading 'You are hurt by a CAI (police station) that is repaired in one day. [VIDEO]

TEHRAN (FNA)- A US Navy Aircraft carrier group, including a Nimitz-Class aircraft carrier and its escorting battleships, were monitored by home-made drones of the Islamic Revolution Guards Corps (IRGC) Navy before approaching the Strait of Hormuz at the entrance of the Persian Gulf. The IRGCN later released the images taken by its drones. [PHOTOS]

TEHRAN (FNA)- Thousands of protesters rallied in Sofia on Bulgaria's Independence Day demanding the resignation of the government of Prime Minister Boyko Borissov. Demonstrators could be seen waving Bulgarian flags and flashlights, as well as chanting anti-government slogans and scuffling with police. [VIDEO]

US COVID-19 Deaths Memorialized on National Mall as Toll Passes 200,000

TEHRAN (FNA)- Volunteers from the COVID-19 Memorial Project have placed 20,000 American flags on the National Mall as the United States crosses the threshold of 200,000 lives lost in the Covid-19 pandemic. [VIDEO]

TEHRAN (FNA)- Mourning ceremonies were held in Iran to mark the martyrdom anniversary of Hazrat Ruqayyah (SA) in the lunar month of Safar, under strict health protocols amid the COVID-19 outbreak. [PHOTOS]

TEHRAN (FNA)- Twenty thousand flags were placed on the National Mall in Washington, DC in remembrance of the over 200,000 American lives lost due to complications related to COVID-19. [PHOTOS]

US Occupation of Syria Is Now Official

TEHRAN (FNA)- Iran's Ambassador to Abuja Mohammad Ali Bak and Nigerian Minister of State for Petroleum Resources Timipre Marlin Sylva in a meeting in Abuja underlined the need to expand cooperation in the field of energy resources.

TEHRAN (FNA)- Lieutenant Commander of the Islamic Revolution Guards Corps (IRGC) Rear Admiral Ali Fadavi warned that any US move to inspect the Iranian vessels in international waters will be faced with not only defensive, but also offensive moves by Iran.

TEHRAN (FNA)- A second national lockdown could be needed if the latest coronavirus restrictions do not work, the foreign secretary told Sky News.