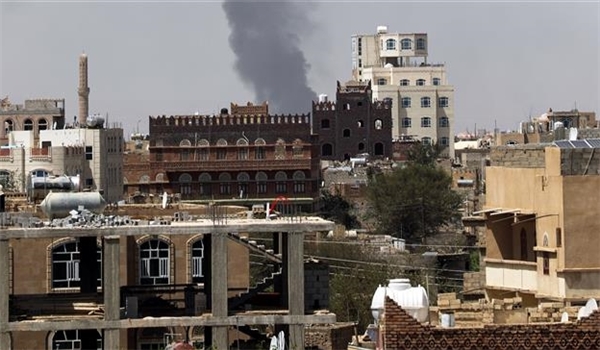 TEHRAN (FNA)- Saudi jets targeted a number of areas across Yemen overnight despite a so-called ceasefire that the Riyadh-led coalition of aggressors has announced itself.

Yemen’s al-Masirah television network said the warplanes bombarded Wadi Dhahr area of the Hamdan district in the capital, Sana’a, as well as an area close to its hospital three times in the early hours of Thursday.

It added that Saudi fighter jets carried out strikes against Aroush and Watda areas of Khawlan district, Sana’a Province.

The strikes also targeted Madghal city in the central province of Ma’rib as well as Harf Sufian city in Amran Province two times, the report said.

The airstrikes come despite claims by the invaders that they were halting military operations in support of United Nations peace efforts and to avoid further spread of the new coronavirus in Yemen.

The Yemeni army, however, reported days afterwards that it had been forced to repel several Saudi-led assaults on various fronts in just one day.

Yemen’s Houthi Ansarullah movement has dismissed the ceasefire claim as “false and misleading”, saying the Saudi Arabia-led coalition had even escalated their offensives against Yemen.

Tweeting on Monday, the popular Yemeni defense group’s Spokesman Mohammad Abdul-Salam, denounced any claim on the part of the coalition alleging that it had begun observing “self-restraint” and accusing the Houthis of violating the ceasefire as “ridiculous”.

Riyadh and its allies have been widely criticized for the high civilian death toll resulted from their bombing campaign in Yemen since early 2015.

At least 80 percent of the 28 million-strong population of Yemen is reliant on aid to survive in what the United Nations has called the world’s worst humanitarian crisis.