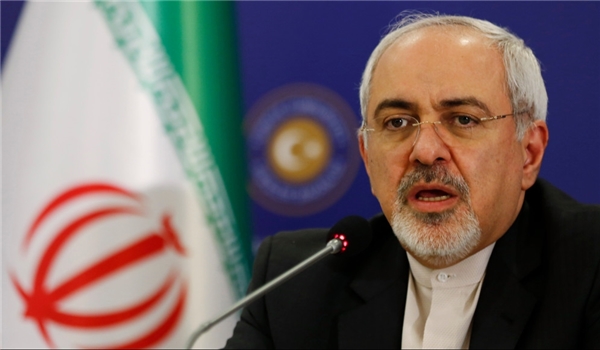 TEHRAN (FNA)- Iranian Foreign Minister Mohammad Javad Zarif stressed that his country is in favor of an independent, tranquil and sovereign Iraq.

Similar to Syria and Afghanistan, Iran’s policy is to maintain independence, tranquillity and sovereignty of the Iraqi government based on constitution, Zarif was quoted by Rapporteur of the parliament’s National Security and Foreign Policy Commission Seyed Hossein Naqavi Hosseini as saying on Wednesday in a joint meeting with the Iranian lawmakers.

Peace process in the region should be under regional states’ control and trans-regional countries and the claimant powers should not interfere, Zarif said.

He pointed out that Iran is after establishing truce and peace agreement in Afghanistan.

Arrogant powers are trying to preserve their sovereignty in post-coronavirus era, but the US measures have brought about opposite results, he said.

Zarif also noted that good efforts have been made for unfreezing Iranian assets which will bear result.

“Iran's longstanding policy is to respect Iraqi sovereignty, obeying the religious authority in the country and refutation of any foreign interference in Iraqi affairs,” Rabiyee said.

Warning that adventurism costs regional people’s lives, he advised the United States to get a new realistic understanding of its wrong policies in Iraq.

Commenting on Afghanistan, the official said, “Iran supports formation of a strong central government in the country and will spare no effort to help shape such a government as it enhances international security and the battle against terrorism.”