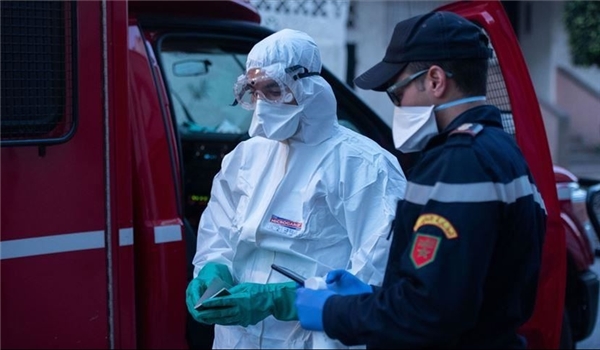 In Morocco, authorities recorded three deaths, bringing the total death toll to 110 and total cases to 1,527. A total of 141 patients have so far recovered, according to Anadolu news agency.

In Kuwait, the Health Ministry confirmed 116 new cases, raising the total to 1,154, including 113 recoveries.

Lebanon’s Health Ministry confirmed 10 new cases over the past 24 hours, bringing the total number of cases to 619. The death toll stands at 20.

In Oman, the Health Ministry reported the third coronavirus death and 62 new cases, pushing the total to 546, including three deaths and 109 recoveries.

In Palestine, the Health Ministry reported another case of the fatal disease, raising the total to 109. The death toll in the occupied territories stands at two.

After emerging in Wuhan, China last December, the virus has spread to at least 185 countries and regions.

The pandemic has killed nearly 108,000 people, and infected an excess of 1.77 million, while almost 389,000 patients have recovered, according to figures compiled by the US’ Johns Hopkins University.