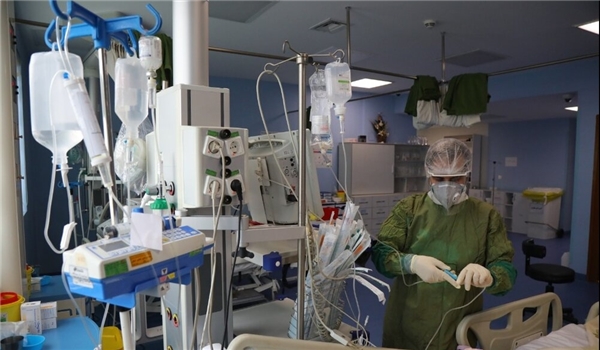 TEHRAN (FNA)- Iranian health ministry announced on Thursday that 1,634 new cases of infection with coronavirus have been identified in the country, adding that the virus has killed a total number of 4,110 patients so far.

“1,634 more patients infected with COVID-19 virus have been identified in the country since yesterday based on confirmed diagnosis criteria,” Health Ministry Spokesman Kianoush Jahanpour said on Thursday.

He added that the number of coronavirus patients in Iran has increased to 66,220, adding that 4,110 people have lost their lives due to infection to the virus, including 117 in the past 24 hours.

Jahanpour, meantime, said that the recovery of patients has accelerated in Iran and 32,309 infected people have been treated and dismissed from hospital.

He noted that 231,393 coronavirus diagnosis tests have been carried out in the country so far, adding that 3,918 patients infected with COVID-19 virus are in critical conditions.

Iranian Health Minister Saeed Namaki stressed on Tuesday effective measures to control coronavirus epidemic, expressing the hope that the disease would be controlled in Iran by late May.

The coronavirus COVID-19 is affecting approximately all countries and territories around the world. The virus was first reported in the central Chinese city of Wuhan late last year. It has so far killed more than 88,900 people and infected over 1.52 million others globally.