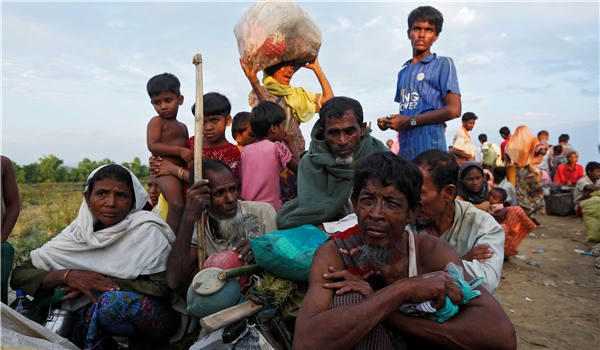 TEHRAN (FNA)- Bangladesh has imposed a lockdown in a Southern district that hosts more than 1 million Rohingya Muslims in an attempt to prevent the spread of the new coronavirus in the crowded refugee camps, officials said Wednesday.

"Entry and exit from Cox's Bazar district is prohibited from now on," Kamal Hossain, chief of the district administration, said in a statement, after the country reported 218 cases of coronavirus and 20 deaths, DPA reported.

Stringent legal actions are to be taken against those who violate the order, Hossain said, adding that the restriction had been imposed in the "public interest".

More than 1 million Rohingya Muslims have been living in squalid camps in the Southeastern Bangladeshi district after they fled persecution in predominantly Buddhist neighbor Myanmar. Of them, nearly 750,000 crossed the border following the 2017 military crackdown on the minority group in Myanmar's Northern Rakhine state.

Aid agencies fear that an outbreak in the tightly packed Rohingya camps, one of the largest refugee settlements worldwide, would be tough because of population density and a lack of medical facilities.

A coronavirus case was reported in the district last month, but the patient, a Saudi Arab returnee, twice tested negative and was released from the hospital.

Bangladesh imposed a nationwide transport restriction alongside the closure of all non-essential public and private offices, as well as schools, in a bid to slow the spread of the virus.