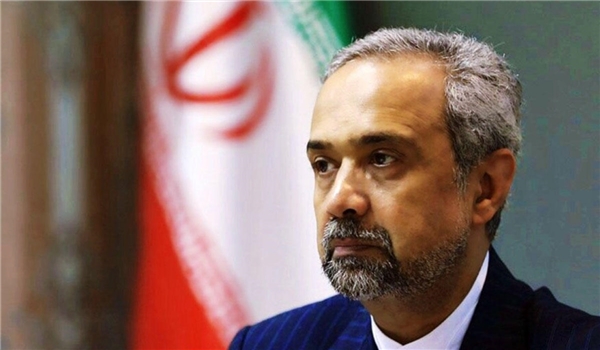 TEHRAN (FNA)- Iranian Vice President for Economic Affairs Mohammad Nahavandian said that no country, including the US, has the right to veto Iran's request for a loan from the International Monetary Fund (IMF).

"IMF's policy is to act fairly in assessing and approving loan applications," Nahavandian said while noting that the US is devoid of right of veto in IMF.

He noted that in its request to the IMF, Iran has called for immediate funding, which is an automatic means that governments and countries have the right to use when they need.

"Iran is a founding member of the entity and has a good financial performance, and this international body must do what is expected of it," the Iranian vice-president added.

In a relevant development on March 31, Nahavandian said many EU states back Iran's $5b loan bid from the IMF, as the country is fighting coronavirus epidemic.

Noting that more serious efforts have been made for releasing country’s foreign exchange reserves in other countries, Nahavandian elaborated on the government’s relief package to help the poor families, small businesses and the private sector suffering from the economic consequences of coronavirus.

He noted that the government has asked for one billion euro from National Development Fund of Iran to spend in the context of the relief package.

The coronavirus COVID-19 is affecting approximately all countries and territories around the world. The virus was first reported in the central Chinese city of Wuhan late last year. It has so far killed over 75,000 people and infected more than 1.3 million others globally.

As for Iran, the Iranian health ministry announced on Tuesday that 2,089 new cases of infection to COVID-19 virus have been identified in the country, adding that 3,872 patients have died so far.

“According to definite diagnostic standards, a sum of 2,089 new cases of infection to COVID-19 virus have been identified in Iran during the past 24 hours, increasing the number of infections to 62, 589,” Health Ministry Spokesman Kianoush Jahanpour said.

He added that fortunately, 27,039 patients infected with COVID-19 virus have also recovered and been discharged from hospital.

Jahanpour said that 133 coronavirus patients have passed away during the past 24 hours, noting that the death toll has increased to 3,872 so far.

As the death toll from the virus surges, Iran intensifies its preventive safety measures. Closure of schools and universities has been extended until early April.