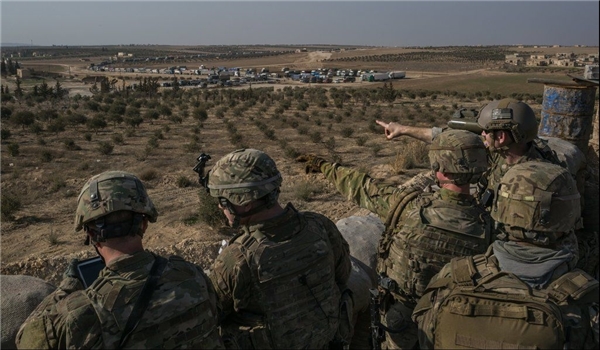 TEHRAN (FNA)- A US officer has been killed in an ambush in the Eastern Syrian province of Deir Ezzur.

The ambush, which was reportedly carried out by an unknown group, targeted vehicles of the US-led coalition, Syria’s official news agency SANA reported.

Two Kurdish militants were also killed along with the American serviceman.

The body of the US officer was transported to a base run by American forces in the province of Hasaka.

There has been no claim of responsibility.

The ambush came less than a month after a US military convoy was forced to retreat from an area in Syria’s Hasaka after government forces blocked its way and groups of angry local residents, upset with its presence in the region, throw stones at the US convoy.

Syrian army soldiers stopped the American convoy, consisting of 7 armored vehicles, as it tried to make its way through the village of Kuzelia, which lies West of Tal Tamr town.

Locals then threw stones at the American convoy and cursed the soldiers, forcing them to move back.

The development came only two days after local residents of Rumailan al-Basha village in the same Syrian province hurled stones at US troops as their convoy sought to drive through the area.

US forces have set up a number of bases in Syria. Damascus calls the American presence illegal and against the country’s sovereignty and territorial integrity.

TEHRAN (FNA)- Australia on Friday announced it would suspend half of all inbound flights, according to local media reports.
﻿
﻿
Sections