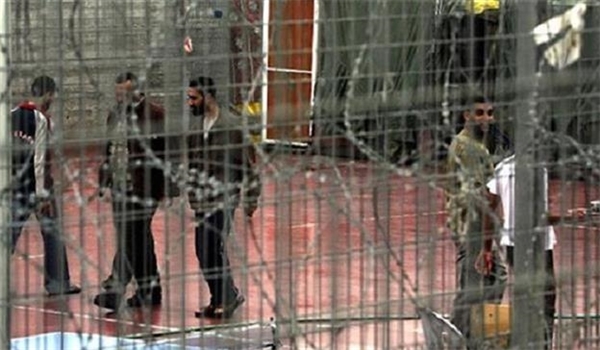 TEHRAN (FNA)- The secretary general of the Arab League appealed to the International Committee of the Red Cross (ICRC) to secure the release of Palestinian prisoners from Israeli detention centers amid rising cases of infection with a new coronavirus in the occupied territories.

Ahmed Abul Gheit, in a letter addressed to Director General of ICRC Robert Mardini on Monday, said that Palestinians are subjected to dangerous conditions in Israeli jails, pointing to the absence of specialists and medical devices to assist patients besides the lack of adequate ventilation and severe shortage of cleaning materials and other essential goods, presstv reported.

He then expressed regret that Israeli authorities have released some settlers charged with criminal offenses, but have excluded Palestinian prisoners.

“Such a measure runs counter to human rights and the rules of the international law stipulated in the Fourth Geneva Convention, which call for the protection of prisoners at the time of epidemics. Many countries in the world have decided to release scores of prisoners in order to avoid the risk of an epidemic in their prisons,” Abul Gheit noted.

The Arab League chief finally called on Mardini to do anything at his disposal to compel the Israeli regime to review its positions and policies on the matter, stressing that the current situation requires all to attach paramount significance to humanitarian considerations.

On March 31, Secretary General of the Palestine Liberation Organization (PLO) Saeb Erekat  called on the international community to pressure the Tel Aviv regime to immediately release Palestinian prisoners from its jails amidst the coronavirus outbreak.

He stated that Palestinian detainees suffer from a lack of basic hygiene, and Israel’s policy of deliberate medical neglect amid the COVID-19 crisis.

The senior Palestinian official warned about the arbitrary measures recently taken by Israeli authorities against Palestinian prisoners, stating that the inmates have been deprived of cleaning materials and sanitizers.

The PLO chief emphasized that the Israeli regime bears full legal and political responsibility for the life and health of Palestinian prisoners, calling for immediate international and humanitarian actions to save them before it is too late.

On March 25, the Palestinian Ministry of Foreign Affairs and Expatriates called on the Israeli regime to immediately release over 5,000 Palestinian prisoners from its detention centers amid the novel coronavirus outbreak.

The ministry announced in a statement that the Israeli Prisons Service (IPS) is not providing proper health protection to Palestinian prisoners, as Israeli authorities have demonstrated that they have no intention of easing apartheid to make sure Palestinians are able to face the epidemic under better conditions.

“Israel is in violation of its obligations under international law, the Geneva Conventions and human rights principles that demand Israel, as the occupying power, … take full and direct responsibility for the life and health of the prisoners,” the statement read.

“Palestine will continue to follow up on the health conditions of the prisoners in light of the outbreak of this pandemic with the relevant international parties, especially the International Committee of the Red Cross (ICRC),” it added.