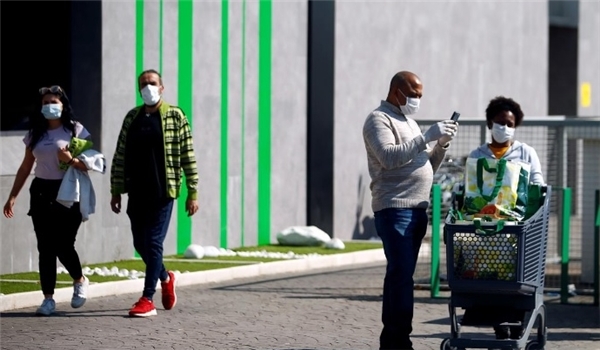 TEHRAN (FNA)- Spain has now more confirmed cases of the coronavirus than Italy, with the total number of infections hitting 117,710, according to data released by the country’s health ministry on Friday.

Spain's coronavirus death toll rose to a total of 10,935, the health ministry reported on Friday, with daily deaths standing over 900 for 2nd day in a row, Europe News reported.

At least 117,710 cases of infection with the coronavirus have been recorded in Spain since the start of the virus spread in the country, according to the ministry of health - second only to the United States, with more than 245,000 patients.

Italy on Thursday reported another 760 deaths from the coronavirus, bringing the total number of fatalities to 13,915, the highest in the world. The European country has confirmed more than 115,000 cases of the deadly disease.

Since the beginning of the epidemic, more than 34,000 cases of the deadly disease have been detected in Madrid where 4,500 people have died while in Catalonia there have been 23,500 cases, with 2,300 deaths.

The bottleneck in Spanish labs conducting the tests has led to relatively low levels of testing in Spain compared to other European countries, authorities have acknowledged.

Earlier, Spanish authorities extended the high alert regime in place due to COVID-19 pandemic through April 11.

TEHRAN (FNA)- Australia on Friday announced it would suspend half of all inbound flights, according to local media reports.
﻿
﻿
Sections