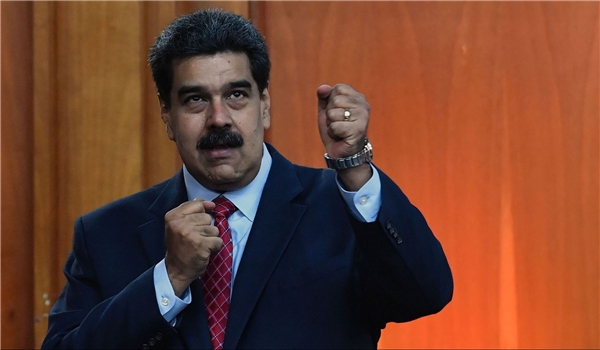 TEHRAN (FNA)- Venezuelan President Nicolas Maduro warned the authorities of Colombia and the US will face consequences if they crack down on his country’s political elite.

“If one day the imperialists and Colombian oligarchy dare to touch even a single hair, they will face the Bolivarian fury of an entire nation that will wipe them all out,” Maduro said in an address in Caracas earlier this week, Sputnik reported.

He also described US President Donald Trump as a “racist cowboy” and a “miserable human being”, accusing POTUS of managing international relations “like a New York Mafia extortion artist you once were as a real estate boss”.

The statement came after US Attorney General William Barr announced that the Department of Justice had brought “narco-terrorism” charges against Maduro and five senior officials in his government, including Venezuela’s defence minister and the supreme court's chief justice.

The Department also offered a series of rewards for information on the officials, including $15 million for Maduro himself.

US Attorney for the Southern District of New York Geoffrey Berman, for his part, said that the Venezuelan president faces a minimum of 50 years in prison and a maximum life sentence for the charges.

According to US officials, Maduro was allegedly the leader of a cocaine trafficking group called "The Cartel of the Suns" that involved senior politicians and Venezuelan military and judiciary members.

The developments come amid strained relations between the US and Venezuela which deteriorated significantly after Washington recognised Juan Guaido as the country's leader in spite of a vote in 2018 that saw Maduro re-elected to a new term.

While a number of Western states also supported Guaido, Maduro called the self-styled president a "US puppet". Russia, China, Turkey and a number of other countries backed Maduro as Venezuela’s only legitimate president. Moscow, in turn, underscored that Guaido's "presidential status" was non-existent.