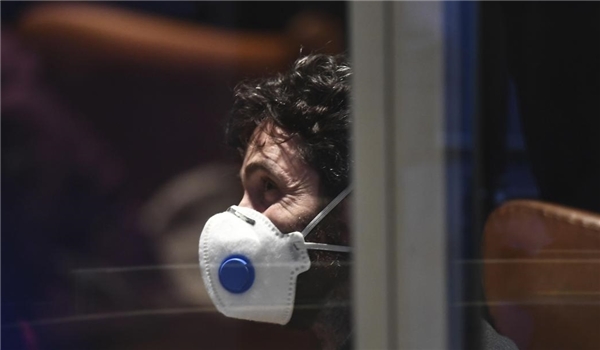 TEHRAN (FNA)- French Prime Minister Edouard Philippe warned on Saturday that the first 15 days of April will be even more difficult for the country, which is battling a nationwide coronavirus epidemic that has now claimed over 2,300 victims.

In a press conference on Saturday evening, Philippe told the French people the battle against the virus "was only just beginning", Europe News reported.

The death toll in France from coronavirus rose to 2,314 on Saturday, though the death toll only includes those who have died in hospitals.

The PM stated that the pandemic was "an unprecedented health crisis not seen in more than a century".

Philippe warned however that the worst was still to come for France, which has seen over 2,300 deaths from the virus and has been in nationwide lockdown since mid-March.

"The first 15 days of April will be even more difficult, indeed more difficult than the 15 days which have just passed," Philippe said, adding that the number of positive coronavirus cases was doubling every three to four days.

He called on the public once again to respect the measures on confinement in order to protect themselves and health workers.

"It's our collective responsibility to reduce our contact, that's how will we flatten the curve" of the epidemic, noted Philippe, but vowed, "We will get through this crisis."

The PM was joined by Health Minister Olivier Veran who laid out the government's strategy for dealing with the accelerating epidemic.

The COVID-19 is currently affecting nearly 200 countries and territories across the globe. It has so far affected more than 660,000 people and killed over 30,000. The World Health Organization (WHO) has declared the coronavirus outbreak a global pandemic.