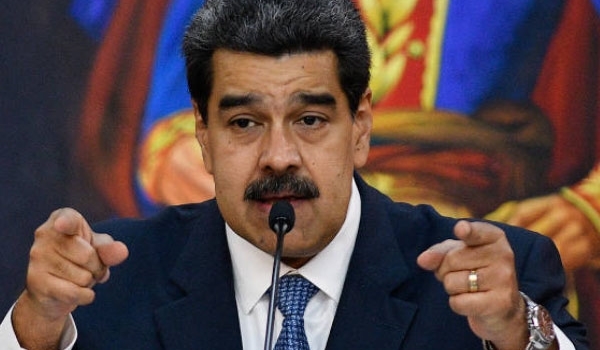 TEHRAN (FNA)- Despite offering support for US-anointed ‘interim president’ Juan Guaido in his bid to oust the Venezuelan government, the European Union softened its position on the Latin American country amid the COVID-19 pandemic, supporting Caracas’ request for $5 billion in assistance from the International Monetary Fund.

The US Justice Department’s claims that Venezuelan President Nicolas Maduro is leader of a drug smuggling operation “falls within the framework” of Washington’s escalating pressure against Venezuela, EU Foreign Affairs Spokeswoman Virginie Battu-Henriksson stated, according to RIA Novosti.

“The United States has implemented progressive measures of pressure in the context of the political crisis in Venezuela,” Battu-Henriksson said during a European Commmission press briefing on Friday.

The Justice Department unsealed “narco-terrorism” charges against Maduro and several other senior Venezuelan officials on Thursday, accusing them of clandestinely running the “Cartel of the Suns” drug trafficking group.

Maduro flatly denied the charges, saying his country had been “at the forefront” in the fight against drug smuggling for the last 15 years. Jorge Arreaza, Venezuela’s Foreign Minister, called Washington’s allegations “a new form of coup d’etat, on the base of miserable, vulgar and unfounded accusations”.

In her comments Friday, Battu-Henriksson stressed that Venezuela was facing “an enormous challenge” in its fight against the coronavirus, saying that now “more than ever, the Venezuelan people need their political actors to agree to allow more humanitarian aid to enter the country”.