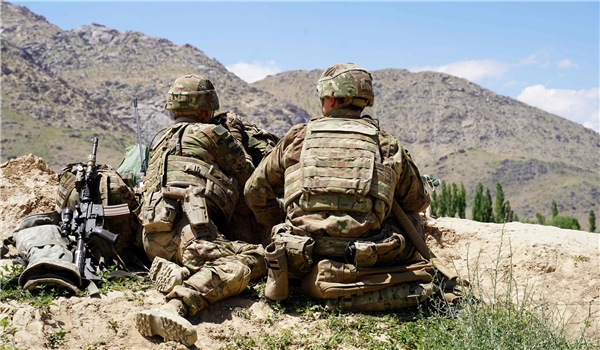 TEHRAN (FNA)- Paris will remove all of its troops currently stationed in Iraq for the time being over concerns about the spread of Covid-19, the French military announced.

“France has taken the decision to repatriate until further notice its personnel deployed in operation Chammal in Iraq,” the Armed Forces Ministry said on Wednesday, adding that around 100 troops were in the country, and that air strikes against the Islamic State of Iraq and the Levant (known as ISIL, ISIS or Daesh) terror group would continue, RT reported.

Abdul-Karim Khalaf, the spokesman for the caretaker Prime Minister Adil Abdul-Mahdi told the newspaper Al-Sabah on Wednesday that the French troops have already left Iraq.

Starting in 2014, France’s Operation Chammal spanned both Iraq and Syria and allegedly aimed to stem the expansion of the self-styled terrorist 'caliphate', flying airstrikes over both countries and sending a limited number of ground troops to Iraq.

Last week, the United Kingdom also temporarily pulled troops from Iraq over the coronavirus outbreak, leaving only “key military personnel” in the country to support the Baghdad government and partners in the anti-ISIS coalition.

The virus has infected in excess of 460,000 people worldwide since the outbreak began late last year, killing 20,857, according to the Johns Hopkins Covid-19 tracker.

The withdrawal comes as France deploys troops within its own borders to fight a war of a different kind – against the virus – with President Emmanuel Macron announcing the start of “Operation Resilience” on Wednesday.

The mission will see French soldiers assist with “health, logistics and protection” as part of a nationwide effort to halt the spread of the contagion, and will be “entirely devoted to helping and supporting the population,” Macron said.