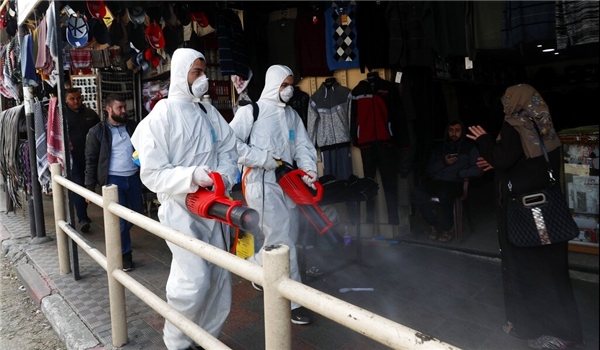 TEHRAN (FNA)- An Israeli rights group said late Monday that the spread of the novel coronavirus in Gaza would be a “massive disaster” due to the blockade imposed by Israel.

According to a written statement by B’Tselem, the Israeli blockade and dense population have led to extreme poverty and the collapse of infrastructure, Anadolu news agency reported.

The healthcare system in the Gaza Strip was already on the brink of collapse even before receiving its first coronavirus patient. It cannot meet the population’s needs due to an acute shortage of medicine, equipment, doctors and professional training, the statement said.

The creator of this reality is responsible for the health of the two million people living in Gaza. Israel will not be able to deflect the blame if this nightmare scenario turns into a reality that it created and made no effort to prevent, it added.

Two Palestinians from the Gaza Strip reportedly contracted the coronavirus after returning from Pakistan and were immediately placed under quarantine. They are currently being treated at a field hospital in Rafah.

The Palestinian administration has taken a number of measures including the closure of schools and a partial curfew as part of the fight against the coronavirus.

After emerging in Wuhan, China last December, the coronavirus, officially known as COVID-19, has spread to at least 168 countries and regions, according to data compiled by US-based Johns Hopkins University.