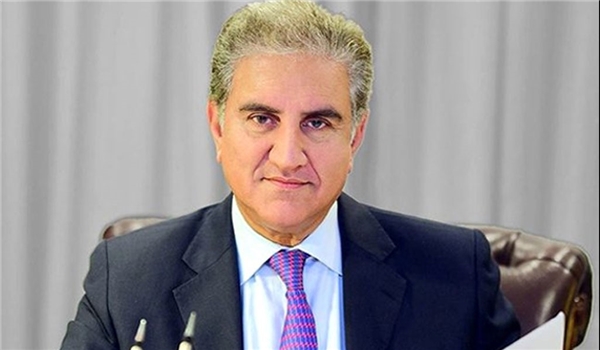 TEHRAN (FNA)- Pakistani Foreign Minister Shah Mahmood Qureshi stressed the need for Washington to lift the US anti-Iran sanctions amid the country’s battle against the coronavirus.

“The Islamic Republic of Iran is facing a difficult situation due to coronavirus outbreak so we called upon the US government to immediately lift sanctions from the country,” Qureshi said in a statement on Friday.

He added that people are dying in Iran due to the deadly virus so the sanctions should be lifted.

Qureshi said that his Iranian counterpart Mohammad Javad Zarif has already stated that the US sanctions are hampering Iran’s efforts to fight against coronavirus.

He underlined that coronavirus is a global epidemic and even many developed countries in the world are struggling to fight this problem.

The coronavirus COVID-19 is affecting 170 countries and territories around the world. The virus was first reported in the central Chinese city of Wuhan late last year. It has so far killed more than 10,200 people and infected over 250,000 others globally.