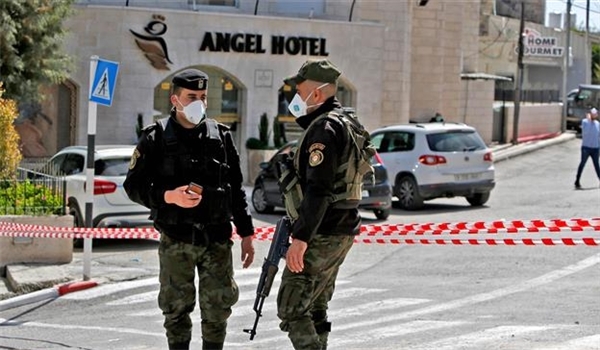 TEHRAN (FNA)- Israel gave its spy agency Shin Bet the green light to use "counter-terrorism" operations against those infected with a new coronavirus, treating the pandemic as a security menace.

He announced that cyber tech monitoring would be deployed to locate people who have been in contact with those carrying the coronavirus.

“We will very soon begin using technology ... digital means that we have been using in order to fight terrorism,” he said.

“Up until today I avoided using these measures in the civilian population but there is no choice,” Netanyhahu added.

Netanyahu admitted that the new measures could infringe on patients’ privacy, but claimed that by using them, “we will be able to see who they were with, what happened before and after and we will be able to isolate the coronavirus".

Shin Bet confirmed that it was examining the use of its technological capabilities to deal with the virus. The tools, it said, would not be used to enforce quarantines, but rather to help authorities track the paths of confirmed virus carriers.

Former Minister of Military Affairs Moshe Ya'alon, who is currently a lawmaker from the Blue and White political alliance, took to Twitter to denounce Netanyahu's new regulations as a "cynical exploitation of the coronavirus crisis for the personal interests of a defendant before trial".

The Israeli prime minister is facing trial on charges of bribery and fraud and breach of trust.

The head of the left-wing Meretz party also stressed that the new surveillance measures should not take place without parliamentary and judicial oversight.

“Monitoring citizens with the help of information databases and advanced technology is a harsh blow to privacy and basic liberty," Nitzan Horowitz said.

Former Israeli Justice Minister Ayelet Shaked, who is currently a lawmaker from Yamina political alliance, tweeted that "the technological surveillance after coronavirus patients is a radical move and a grave violation of privacy, but it can save lives and money".

Avner Pinchuk, a privacy expert with the association for civil rights in Israel, said the regulations could include real-time tracking of infected people’ mobile phones to spot quarantine breaches and backtracking through meta-data to figure out where they had been and whom they had contacted.

“I am troubled by this announcement. I understand that we are in unique circumstances, but this seems potentially like over-reach. Much will depend on how intrusive the new measures are,” said Pinchuk.

So far, a total of 195 Israelis have been diagnosed with the coronavirus. Almost 40,000 Israelis, including medical personnel, are in home quarantines for fear of exposure to the virus, according to the health ministry.

Worldwide, there have been more than 156,900 confirmed cases of the coronavirus and over 5,830 deaths since it first emerged in China in December.

There are speculations that the coronavirus outbreak might be a “bio-terror attack".

Chinese Foreign Ministry Spokesman Zhao Lijian tweeted on Thursday that the US military could have brought the novel coronavirus to China.

The unprecedented approach taken by Israel - the United States' biggest ally - also feeds into the worries that the virus might be more than a simple health outbreak.

Israel's resort to "counter-terrorism" operations begs the question of whether the regime treats the pandemic as bioterrorism and what Tel Aviv knows about its origin.