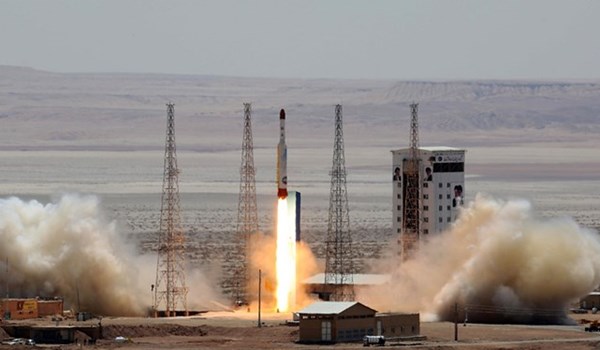 TEHRAN (FNA)- A senior member of Iran’s High Council of Space said that the country will make a new satellite, called Payam II, within two years.

“The first stage of the construction Payam II satellite, including the conceptual designing and 4 fields of technological development, has ended and the project will end in the product by the year 2022,” Seyed Mostafa Safavi told FNA on Saturday.

In February 2015, Iran placed its domestically-made Fajr (Dawn) satellite into orbit, which is capable of taking and transmitting high-quality photos to stations on Earth.

Meantime, Head of the Iranian Space Agency (ISA) Morteza Barari told FNA in February that his compatriot scientists and researchers had made great achievements in the field of space technology, adding that his country would send 4 home-made satellites into orbit in the next local calendar year (March 2020-March 2021).

Barari added that accordingly, Iran would launch 4 home-made satellites into the space in the next local calendar year of 1399 (March 21, 2020-March 20, 2021), explaining that "one satellite would be sent to the orbit in each season".

"These will include two satellites for measurement and imaging and two others for IT purposes," he added.

Barari underlined that the ISA is after contributing to Iran’s advancements and social welfare, reminding that satellites are like propelling engines for these goals.