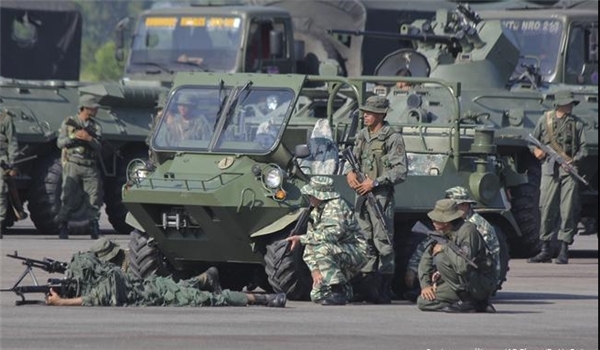 "We are starting the second phase of the drills for the sake of peace, independence and strength of our motherland," Maduro wrote on Twitter, Sputnik reported.

In mid-February, Venezuela held its first military drills in 2020, after which Maduro said that national security forces were preparing surprise counter-terrorism exercises amid the threat of subversive groups, which could arrive from Colombia and the United States.

Apart from that, Venezuela is a member of the Organization of the Petroleum Exporting Countries (OPEC) and a major oil producer, which means it may be affected by the oil prices slump, triggered by OPEC's failure to agree on deeper production cuts.

Military and civil forces, including the national militia, have been deployed to the states of Miranda, Apure, Bolivar and the Capital District.