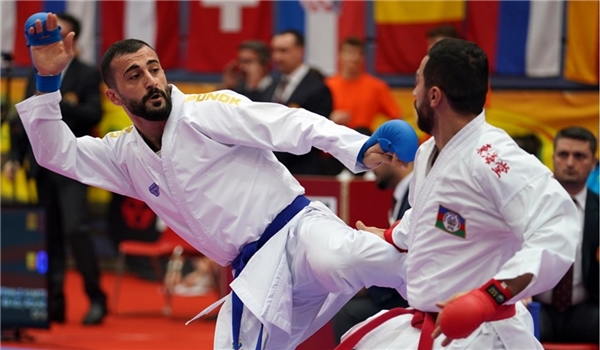 In the men’s Kumite minus 75kg category, Bahman Asgari snatched gold medal, after defeating his Ukrainian Opponent 3-nil in the final.

Asgari also managed to seal a spot in next summer Olympic Games. Meanwhile, in the Women plus 68kg category, Hamideh Abbas-Abadi also pocketed a gold medal after beating her Italian rival to book a ticket for Tokyo 2020 Olympics.

The Iranian Karate Team’s captain, Zabihollah Porshib, won a gold medal in the weight category of -84 after beating his Kazakh rival in Dubai on Sunday.

At the event, Iran bagged one gold, one silver as well as four bronze medals.

Karate is due to make its Olympic debut in Tokyo 2020. There will be eight karate gold medals up for grabs at Tokyo - men's kata, women's kata and three different weight classes for both men's and women's Kumite events.