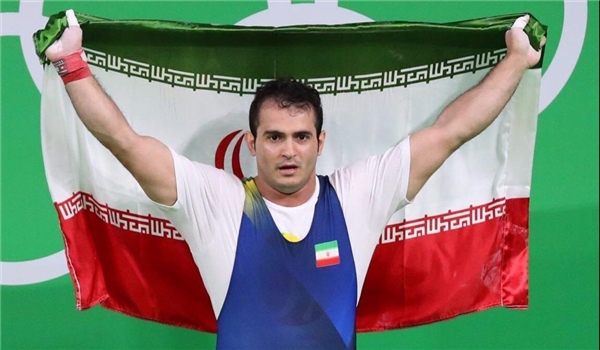 2016 Olympics champion Sohrab Moradi won the gold medal of men’s 96kg in the West Asian Championships to get officially back on track after suffering two serious injuries.

Moradi was the only Iranian lifter participating in the event in Dubai, the UAE, which is also a qualifying stage for the 2020 Tokyo Olympics. Other Iranian male and female weightlifters cancelled their flight to the United Arab Emirates to attend West Asian Championships due to coronavirus threat.

He conquered the 157kg in his first move of snatch to secure the gold medal. The 2018 world champion then lifted 163kg before failing in his third attempt at 166kg.

In the clean and jerk, Moradi made 190kg, 200kg, and 207kg respectively to show relative readiness. He gained the overall gold with 370kg while a weightlifter from Saudi Arabia won the silver medal with 302kg and Uzbekistan’s weightlifter claimed the bronze with 290kg.

Moradi badly injured his spine a year ago then dislocated a shoulder last July. He is trying to increase his world ranking to book a place in the 2020 Olympics.

He is still the world record holder of snatch (186kg) and total (216kg) both made at the 2018 World Championships in Turkmenistan.

In June, two Iranian weightlifters managed to grab a total number of 6 medals on the first day of the 2019 IWF Junior World Championships in Suva, the capital city of the South Pacific island nation of Fiji.