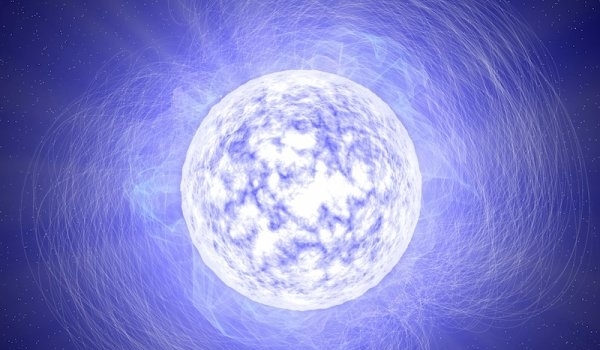 TEHRAN (FNA)- Most ordinary matter is held together by an invisible subatomic glue known as the strong nuclear force -- one of the four fundamental forces in nature, along with gravity, electromagnetism, and the weak force. The strong nuclear force is responsible for the push and pull between protons and neutrons in an atom's nucleus, which keeps an atom from collapsing in on itself.

In atomic nuclei, most protons and neutrons are far enough apart that physicists can accurately predict their interactions. However, these predictions are challenged when the subatomic particles are so close as to be practically on top of each other.

While such ultrashort-distance interactions are rare in most matter on Earth, they define the cores of neutron stars and other extremely dense astrophysical objects. Since scientists first began exploring nuclear physics, they have struggled to explain how the strong nuclear force plays out at such ultrashort distances.

Now physicists at MIT and elsewhere have for the first time characterized the strong nuclear force, and the interactions between protons and neutrons, at extremely short distances.

They performed an extensive data analysis on previous particle accelerator experiments, and found that as the distance between protons and neutrons becomes shorter, a surprising transition occurs in their interactions. Where at large distances, the strong nuclear force acts primarily to attract a proton to a neutron, at very short distances, the force becomes essentially indiscriminate: Interactions can occur not just to attract a proton to a neutron, but also to repel, or push apart pairs of neutrons.

"This is the first very detailed look at what happens to the strong nuclear force at very short distances," says Or Hen, assistant professor of physicist at MIT. "This has huge implications, primarily for neutron stars and also for the understanding of nuclear systems as a whole."

Hen and his colleagues have published their results in the journal Nature. His co-authors include first author Axel Schmidt PhD '16, a former graduate student and postdoc, along with graduate student Jackson Pybus, undergraduate student Adin Hrnjic and additional colleagues from MIT, the Hebrew University, Tel-Aviv University, Old Dominion University, and members of the CLAS Collaboration, a multi-institutional group of scientists involved with the CEBAF Large Accelerator Spectrometer (CLAS), a particle accelerator at Jefferson Laboratory in Newport News, Virginia.

Ultra-short-distance interactions between protons and neutrons are rare in most atomic nuclei. Detecting them requires pummeling atoms with a huge number of extremely high-energy electrons, a fraction of which might have a chance of kicking out a pair of nucleons (protons or neutrons) moving at high momentum -- an indication that the particles must be interacting at extremely short distances.

"To do these experiments, you need insanely high-current particle accelerators," Hen says. "It's only recently where we have the detector capability, and understand the processes well enough to do this type of work."

Hen and his colleagues looked for the interactions by mining data previously collected by CLAS, a house-sized particle detector at Jefferson Laboratory; the JLab accelerator produces unprecedently high intensity and high-energy beams of electrons. The CLAS detector was operational from 1988 to 2012, and the results of those experiments have since been available for researchers to look through for other phenomena buried in the data.

In their new study, the researchers analyzed a trove of data, amounting to some quadrillion electrons hitting atomic nuclei in the CLAS detector. The electron beam was aimed at foils made from carbon, lead, aluminum, and iron, each with atoms of varying ratios of protons to neutrons. When an electron collides with a proton or neutron in an atom, the energy at which it scatters away is proportional to the energy and momentum of the corresponding nucleon.

"If I know how hard I kicked something and how fast it came out, I can reconstruct the initial momentum of the thing that was kicked," Hen explains.

With this general approach, the team looked through the quadrillion electron collisions and managed to isolate and calculate the momentum of several hundred pairs of high-momentum nucleons. Hen likens these pairs to "neutron star droplets," as their momentum, and their inferred distance between each other, is similar to the extremely dense conditions in the core of a neutron star.

They treated each isolated pair as a "snapshot" and organized the several hundred snapshots along a momentum distribution. At the low end of this distribution, they observed a suppression of proton-proton pairs, indicating that the strong nuclear force acts mostly to attract protons to neutrons at intermediate high-momentum, and short distances.

"This idea of a repulsive core in the strong nuclear force is something thrown around as this mythical thing that exists, but we don't know how to get there, like this portal from another realm," Schmidt says. "And now we have data where this transition is staring us in the face, and that was really surprising."

The researchers believe this transition in the strong nuclear force can help to better define the structure of a neutron star. Hen previously found evidence that in the outer core of neutron stars, neutrons mostly pair with protons through the strong attraction. With their new study, the researchers have found evidence that when particles are packed in much denser configurations and separated by shorter distances, the strong nuclear force creates a repulsive force between neutrons that, at a neutron star's core, helps keep the star from collapsing in on itself.

Less than a bag of quarks

The team made two additional discoveries. For one, their observations match the predictions of a surprisingly simple model describing the formation of short-ranged correlations due to the strong nuclear force. For another, against expectations, the core of a neutron star can be described strictly by the interactions between protons and neutrons, without needing to explicitly account for more complex interactions between the quarks and gluons that make up individual nucleons.

When the researchers compared their observations with several existing models of the strong nuclear force, they found a remarkable match with predictions from Argonne V18, a model developed by a research group at Argonne National Laboratory, that considered 18 different ways nucleons may interact, as they are separated by shorter and shorter distances.

This means that if scientists want to calculate properties of a neutron star, Hen says they can use this particular Argonne V18 model to accurately estimate the strong nuclear force interactions between pairs of nucleons in the core. The new data can also be used to benchmark alternate approaches to modeling the cores of neutron stars.

What the researchers found most exciting was that this same model, as it is written, describes the interaction of nucleons at extremely short distances, without explicitly taking into account quarks and gluons. Physicists had assumed that in extremely dense, chaotic environments such as neutron star cores, interactions between neutrons should give way to the more complex forces between quarks and gluons. Because the model does not take these more complex interactions into account, and because its predictions at short distances match the team's observations, Hen says it's likely that a neutron star's core can be described in a less complicated manner.

"People assumed that the system is so dense that it should be considered as a soup of quarks and gluons," Hen explains. "But we find even at the highest densities, we can describe these interactions using protons and neutrons; they seem to keep their identities and don't turn into this bag of quarks. So the cores of neutron stars could be much simpler than people thought. That's a huge surprise."

This research was supported, in part, by the Office of Nuclear Physics in the US Department of Energy's Office of Science.