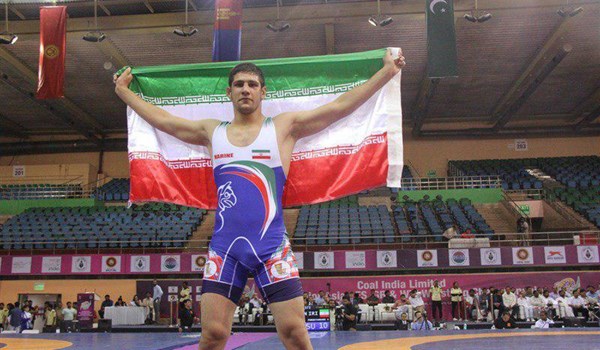 TEHRAN (FNA)- Team Iran bagged 4 more medals on day 2 of the 2020 Asian Freestyle Wrestling Championships in India and with a total tally of 2 gold, 2 silver and 4 bronze medals claimed the continental title.

On the second day of the tournament, and in the 92 kg category, Mohammad Javad Ebrahimi bagged a gold medal after beating Japanese opponent with a 10-0 technical fall.

Ahmad Bazri also pocketed a silver medal in the 86 kg category after losing to another Japanese rival in a close final. Meanwhile, Parviz Hadi and Mostafa Hossein-khani each won a bronze medal for Team Iran in 125 kg and 74kg categories respectively.

Team Iran had collected 1 gold, 1 silver and 2 bronze earlier on Saturday and with the result, Iran finished first with 168 points while India and Kazakhstan finished second and third successively with 159 and 146 points.