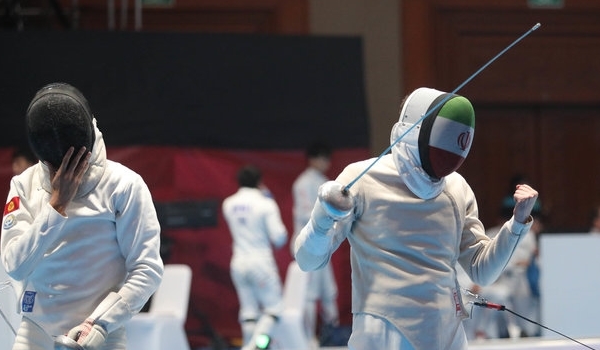 Iranian fencers Mojtaba Abedini and Ali Pakdaman managed to improve their ranking by one place each, the ranking released by the FIE showed.

The latest ranking of sabre fencing was released at the end of Warsaw men's sabre World Cup in individual competitions.

Abedini climbed to the 10th place in the world sabre fencing ranking with 118 points, while Pakdaman is placed at the 27th with 58 points.

Abedini had managed to advance to the eighth-final in the Warsaw men's sabre World Cup competitions, where he conceded defeat against the number five fencer in the world ranking and was eliminated from the tournament.