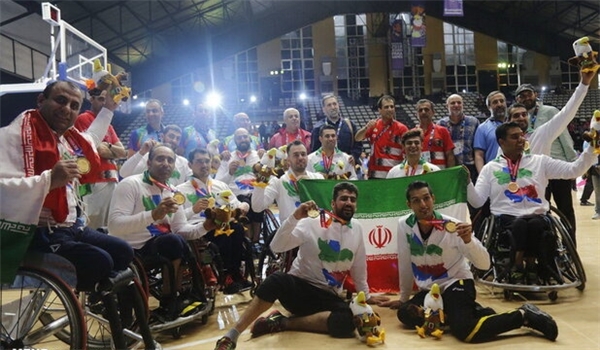 Iran's chef de mission for the Games Hadi Rezayee said that they would send the athletes who have more chance of winning medals in the Paralympics.

Iran sent a record number of competitors to Rio 2016, being represented by 110 athletes in 12 sports. The Iranian athletes won eight gold, nine silver and seven bronze medals and finished in 15th place.

Iran’s NPC has reduced the number of athletes to 72 at Tokyo 2020, however, wheelchair basketball and football 5-a-side members have opposed the decision and don’t want to miss the prestigious event.

Iran football 5-a-side and wheelchair basketball teams have already secured their places at the Tokyo 2020 and the Iranian NPC has said that it will communicate with the related entities to allow the teams to partake at the Games.

Iran's best performance at the Paralympic Games since they made their debut at Seoul in 1988 was at London 2012 when they finished 11th with a total of 24 medals, including 10 gold.

The Tokyo 2020 Paralympic Games are set to be the biggest and best yet with around 4,400 Para athletes from more than 160 countries taking part in 22 sports.