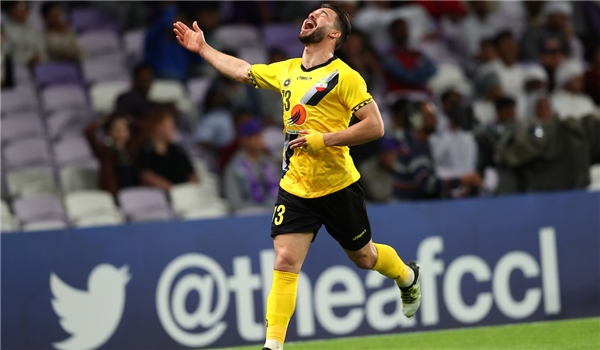 TEHRAN (FNA)- The yellow giants of the Iranian central city of Isfahan thrashed their Emirati hosts al-Ain 4-nil in Group D of 2020 AFC Champions League, to mark a brilliant start for their continental campaign.

Sepahan took the lead in the 38th minute when Mohammad Mohebi headed home the opener from close range.

The Iranian side tightened their grip a minute after the restart, courtesy of their Brazilian striker, Keyrosh Stanley, who capitalized on a sloppy back-pass, to slot the ball past the keeper.

Then, in the 52nd minute, Soroush Rafiei, put Sepahan three goals up, when he blasted the ball into the bottom right corner.

However, the red giants of Tehran, Persepolis, kick-started their 2020 AFC Champions League Group C campaign with a 2-nil away-defeat against al-Duhail.

With just five minutes into the match, Almoez Ali’s persistence coupled with a lack of discipline from Persepolis defenders allowed Mario Mandzukic to get his first goal in Asia’s premier club competition.

Persepolis could have scored the equalizer just four minutes later, only to be denied twice by al-Duhail keeper, Amine Lecomte.

The hosts went up again in the 13th minute, as they capitalized on another defensive mistake. This time it was their Brazilian winger, Edmilson, who fired home from a tight angle to give his team a 2-goal cushion.

With the second half wearing off, Persepolis’ chances became more serious, as Anthony Stokes was close to scoring on his continental debut, bit his effort forced a fine save by Lecomte, as al-Duhail held on for the 2-nil victory.