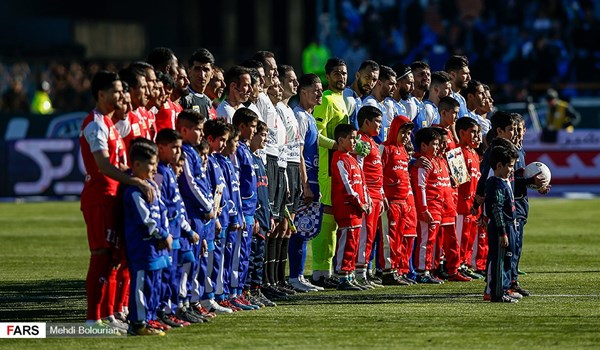 TEHRAN (FNA)- In Iran's Persian Gulf Pro League, Persepolis rallied from a goal down twice to snatch a 2-all draw against Esteqlal in the 92nd edition of the Tehran Derby at Azadi Stadium.

Esteqlal went ahead after 24 minutes of play as Amir Arsalan Motahari deflected Farshid Bagheri’s strike into the back of the net.

The Blues' lead was short-lived as Ali Alipour got the equalizer for Persepolis from a low cross by Osaguna just before the 30th minute.

Motahari got his second for the Blues in the 53rd minute after getting on the end of Mehdi Ghaedi’s low cross.

The Red Army made it 2-all with two minutes left in regulation as Bashar Rasan found the net following a fast counter attack.

With the result, Persepolis cemented their spot at the top of the table on 41 points, while Esteqlal are fourth on 33.