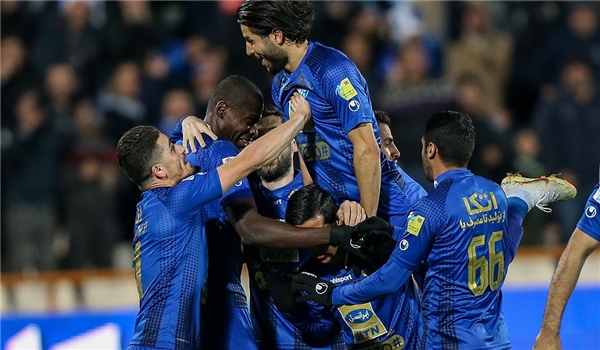 TEHRAN (FNA)- Esteghlal of Iran thrashed Qatar’s Al-Rayyan 5-0, while the other representative of Iran, Shahr Khodro, managed to defeat Al-Sailiya of the Arab country in penalty shootouts, in two matches of the Asian Football Confederation (AFC) Champions League play-offs to advance to the group stage of the competition.

Esteghlal got on the scoresheet after eight minutes, when Cheick Diabate fired home from close range following a set piece.

Mehdi Ghaedi then put Esteghlal 2-nil up with a fine header from Diabate’s pinpoint cross in the 40th minute, and doubled his tally two minutes after the restart, with right-footed shot after a blunder by the al-Rayyan defense.

Amir Arsalan Motahari bagged the fourth for the Iranians with six minutes on the clock, before getting his brace in the stoppage time, to book their place in Group A of the 2020 AFC Champions League.

Meanwhile, Iran’s Shahr Khodro edged Al-Sailiya 5-4 on penalties, to advance to the 2020 AFC Champions League Group Stage, after playing to a 0-0 draw in extra time in their Play-off tie on Tuesday.

Shahr Khodro goalkeeper Mahdi Rahmati was the hero for the Iranians, producing a brilliant save to deny Iran International, Karim Ansari fard, before Saeed Sadeghi struck the decisive blow. The win means Shahr Khodro sealed their spot in group B of the tournament.

On Saturday, Iranian football clubs Esteghlal and Shahr Khodro managed to gain victories against rivals from Kuwait and Bahrain in two matches of the Asian Champions League qualifiers.

Cheick Diabaté put the Iranian Blues ahead in the 27th minute after holding off the defenders, to slot the ball into the far corner.

Diabaté was on target again for Esteghlal in the 53rd minute after calmly controlling and converting a cross into the net with a low drive.

And Voria Qafouri made sure of the win for Esteghlal five minutes later, after his splendid free kick flew into the top corner.

Iran’s other representative Shahr Khodro also garnered a 2-1 win over al-Riffa of Bahrain.