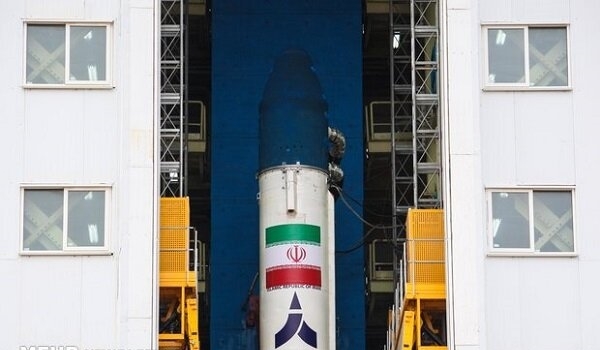 TEHRAN (FNA)- Iranian Minister of Communications and Information Technology (ICT) Mohammad Javad Azari Jahromi said on Wednesday that the domestically-manufactured ‘Simorq’ satellite carrier was deployed at the launch site and will take ‘Zafar’ satellite up to 530km above the earth.

It will take about eight minutes from the earliest moment of the satellite launch up to the end of operation and it is hoped that Zafar satellite will be able to send the images from the space successfully, Azari Jahromi said.

He put the value of the images which are going to be sent to the earth at more than €10 million.

Simorq satellite carrier weighs more than 80 tons and it will carry the ‘Zafar’ satellite up to 530 kilometers above the earth.