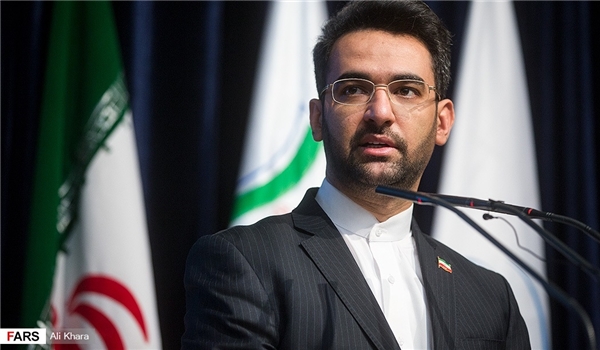 TEHRAN (FNA)- Iranian Communication and IT Minister Mohammad Javad Azari Jahromi announced that the country will send into the orbit its new home-made satellite, 'Zafar (Victory)', before February 11 (the 41st anniversary of the victory of the Islamic Revolution of 1979 in Iran).

"This satellite (Zafar) will be launched before February 11 and the related information will be declared transparently," Azari Jahromi told reporters in Tehran on Wednesday after a cabinet meeting.

Azari Jahromi had announced last Sunday that his country was gearing up to send two state-of-the-art home-grown satellites into orbit, adding that the two spacecraft have been delivered to the Iran Space Agency (ISA).