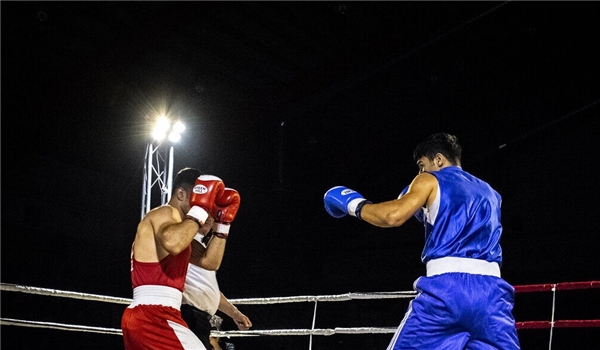 Final round of the competitions was held in Istanbul on Saturday. Iran was represented by three boxers in final that initially Moslem Maqsoudi lost to Moroccan rival and won silver medal.

Finally, Omid Ahmadi-Safa and Toufan Sharifi in 52 and 91 kilograms, respectively, conceded defeat against their Mongolian and Algerian rivals and grabbed silver medals.

TEHRAN (FNA)- Angry Sudanese protesters took to the streets to condemn the current junta's decision to follow the UAE and Bahrain in forging diplomatic relations with Israel.

TEHRAN (FNA)- Protesters flooded the streets of San Bernardino, California, one day after a police killing of a black man. Police said the victim, who had a gun, was shot after he overpowered an officer and took out his own weapon.

US Nears Daily COVID Cases Record Amid Warning of 500,000 Deaths by February

TEHRAN (FNA)- The United States on Friday was approaching a record for the number of new daily coronavirus cases, as a new study warned that the pandemic is set to cause half a million American deaths by February.

TEHRAN (FNA)- A US judge from the District Court for the Northern District of California on Friday denied the government's motion to stay the preliminary injunction on banning WeChat, a messaging, social media, and mobile payment app owned by Chinese company Tencent.

TEHRAN (FNA)- French health authorities said France has recorded over 1 million confirmed coronavirus cases since the start of the pandemic, becoming the second country in Western Europe after Spain to reach that number of known infections.

TEHRAN (FNA)- Two people are dead and an investigation is underway after a small US Naval aircraft crashed into a residential area in Alabama Friday afternoon, authorities said.

Alliance Chief Says NATO Has Reduced Number of Troops in Afghanistan to Under 12,000

TEHRAN (FNA)- NATO has reduced its military personnel in Afghanistan to fewer than 12,000, the Alliance's Chief Jens Stoltenberg stated.
﻿
﻿
Sections