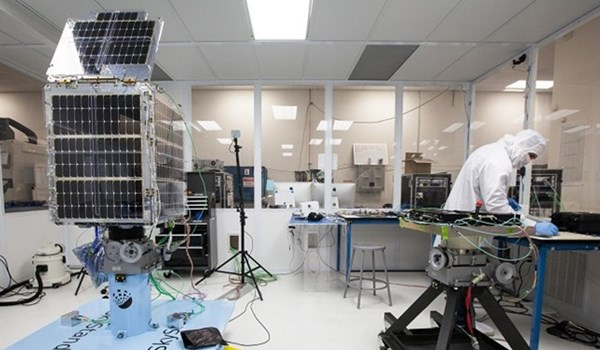 TEHRAN (FNA)- Head of the Iranian Space Agency (ISA) Morteza Barari announced that the country's home-made satellite Zafar has passed the necessary tests and will be launched soon.

"Satellite Zafar, built by Iranian universities' elites and scientists, will be delivered to the spaceport today and the process to launch it into the orbit will start immediately," Barari told FNA on Sunday.

He added that the satellite has passed all its tests and is ready to launch.

Zafar, a fully sophisticated satellite built at the Iran’s University of Science and Technology, is designed for an 18-month activity plan, weighs about 90 kilograms and is equipped with four color cameras to capture the Earth's surface with a resolution of 80 meters.

Zafar is similar in size and weight to its previous version- the Payam satellite- but distinct in one way as it can move in circular orbit and send a message alongside its exploratory missions.

Iran is one of the 9 states building satellites beside the US, Russia, Europe and Canada.

Iran in February 2017 unveiled two new home-made satellites of Nahid 1 and Amir Kabir as well as a space tug built for the first time in the country.

The three space crafts were unveiled in a ceremony participated by Iranian President Hassan Rouhani in Tehran on the occasion of the Space Technology Day in Iran.

Nahid 1 is a telecommunication satellite built in the Iranian Space Research Center.

Payam-e Amir Kabir has been designed and built in Amir Kabir University of Technology and is capable of taking images with a precision better than 40 meters.

Meantime, Saman 1 space tug which has been manufactured for the first time in the country is used to transfer the satellites from Low Earth orbit (LEO) to higher-energy orbits.