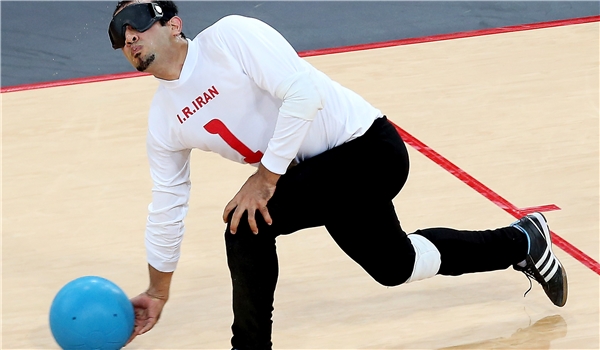 TEHRAN (FNA)- The national men’s squad of Iranian goalball players handed a humiliating 14-4 defeat to Indonesia on Saturday, to win their 3rd consecutive victory at the 2019 edition of International Blind Sports Federation (IBSA) Goalball Asia-Pacific Championships underway in the Japanese city of Chiba.

This is the third consecutive victory of Iran in the event which is underway in Japan’s Chiba. The first two came against Thailand (16-10) and South Korea (9-7).

Seven teams in the men’s and six teams in women’s categories are competing to win the Asian trophy and qualify for the 2020 Paralympics.

The Iranian team finished runner-up in the 2017 edition of the game with a loss against China in the final match. Iran will lock horns with China on Saturday evening, local time.

Iranian para-athletes are very successful at international tournaments and they had scored very good results at 2018 Asian Para Games in Jakarta.

In July, the national outfit of Iranian para-football players managed to defeat Finland 12-0 to advance to the quarterfinals round of the 2019 International Federation of Cerebral Palsy Football (IFCPF) World Cup in Sevilla, Spain.