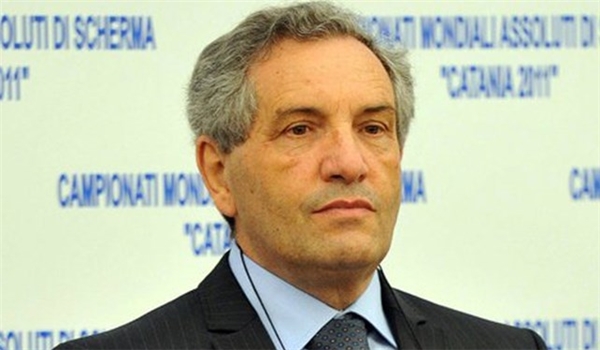 TEHRAN (FNA)- Vice-President of the International Fencing Federation (FIE) Giorgio Scarso said that after visiting Iran he has realized that the country is very much different from what some other states introduce in their media.

"I have come to Tehran for the first time and it is a highly lively and young city," said Scarso, who has traveled to Iran for the FIE Sabre Men's Junior World Cup and Team World Cup 2019, on Sunday.

"These competitions can be a message to the world that Iran is not similar to what other countries introduce," he added.

Scarso also underlined his good and intimate relations with the officials of Iran's Fencing Federation, adding that both sides exchange their experiences with each other.

As the special guest of Iran during the event, Scarso, who is also president of the Italian Fencing federation, met with Seyed Reza Salehi Amiri, the president of Iran's National Olympic Committee.

FIE is the international governing body of Olympic fencing. Today, its head office is at the Maison du Sport International in Lausanne, Switzerland.