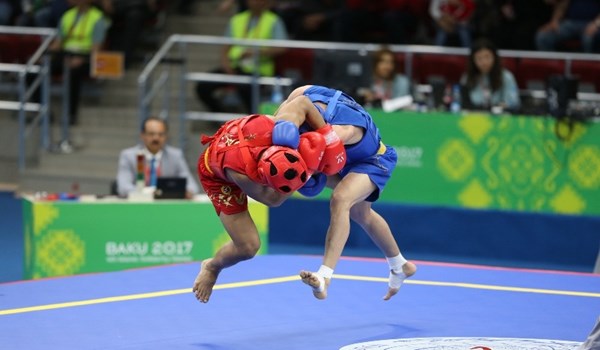 TEHRAN (FNA)- Iranian official Amir Abbas Lashgari was picked as the new head of the medical committee of the International Wushu Federation.

Lashgari, who has recently been elected as the new head of the medical committee of the International Wushu Federation, had already been a member of the committee for eight years.

Last year, he was also selected as head of the medical committee of the Wushu Federation of Asia.

Lashgari, a prominent medical figure in the sports field, has served as chairman of the medical committee of the Wushu Federation of Iran for many years.

Thanks to sports diplomacy and achieving various victories in important international competitions, Iranian Wushu has no special position in Asia and in the world as well.

Last month, team Iran of 8 Wushu practitioners in Sanda discipline re-claimed the country’s world title with all members of the squad bringing home gold medals from the 15th edition of the World Wushu Championships in the Chinese city of Shanghai.

Iran had dispatched eight athletes, including five men and three women, to the Sanda competitions and all of them managed to earn the gold medals of their weight categories, bringing home the world title from the birthplace of wushu, China.

In total medals table of Taolu and Sanda, Iran finished runner-up with 9 gold, three silver and one bronze medal while China ranks first with 12 golds and one bronze.

The 15th edition of World Wushu Championships was held from October 20 to 23 with the participation of over 1000 practitioners from some 100 countries. The biennial event began in 1991 and always captures the excitement and range of Wushu both in the explosive full-contact combat Sanda bouts and the dynamic movements and distinct weaponry of Taolu forms competition.

In the 14th edition of the event held in Russia’s Kazan, Iran bagged a total of 11 medals (including eight golds, one silver and two bronzes) to stand second in the medals table after China (15 gold medals).

Earlier in October, an Iranian national was appointed as Chairman of the World Wushu Championships Supervision Committee for the third consecutive year.

Mehdi Alinejad was appointed to the post by President of the International Wushu Federation Yu Zaiqing.

The Committee has a duty to monitor all World Championships affairs and system of refereeing as well as removing any possible problems between the participating federations.

The World Wushu Championships Supervision Committee is the highest position in the hierarchy governing the international contests.