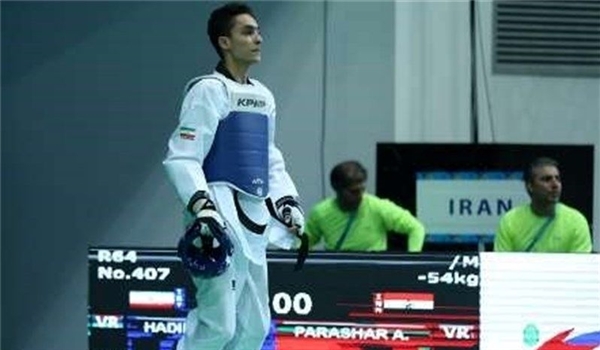 Hadipour won the Best Male Athlete award at the 4th FISU Gala during a glittering ceremony in the historical Italian city that has a long association with university sport.

He was awarded for the rare achievement of three consecutive Universiade gold medals – at Gwangju 2015, Taipei 2017 and Napoli 2019.

The fourth edition of the FISU Gala was held in Turin’s Sala Fucine, Italy. It also celebrated the 70th anniversary of the International University Sports Federation in grand style. Representatives from more than 120 member nations were present at the event.

Hadipour had won a gold medal in the 2019 World Taekwondo Grand Prix Series 2 in Japan.