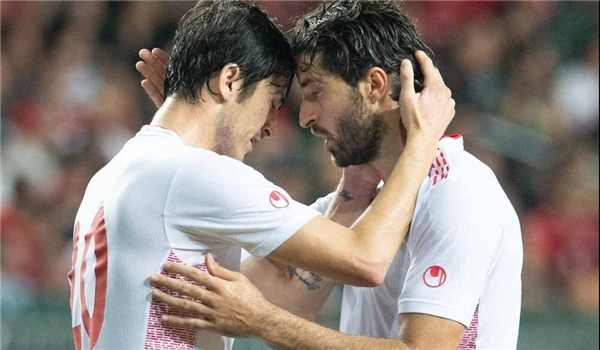 TEHRAN (FNA)- Team Iran suffered an untimely 2-1 defeat from Iraq in the qualifiers for the 2022 FIFA World Cup and the 2023 Asian Cup, narrowing hope for survival.

Iran’s hopes of qualifying for the 2022 FIFA World Cup and the 2023 Asian Cup, have taken a major blow as Team Melli suffered a 2-1 defeat against Iraq on Thursday.

Iraq opened the scoring in the 11th minute, when Mohanad Ali capitalized on a poor clearance by Iran’s defense to rifle the ball into the roof of the net.

Iran drew level in the 25th minute, as Mohammad Mohebi supplied Ahmad Nourollahi with a delightful cut-back from the edge of the penalty box, and the Persepolis midfielder fired into the bottom corner to make it 1-all.

With 10 minutes to go, Iran reduced to 10 men as Masoud Shojaei received his marching orders for a second booking.

That was followed by a dramatic finish for Iraq as Ali Abbas added his name to the scoresheet after heading-home in the second minute of added time.

Iraq are now at the summit of group C with 10 points, while Iran sit 3rd, 4 points adrift of the leaders.

The men’s national football team of Iran started its Asian qualifying campaign for the 2022 FIFA World Cup in Qatar and the 2023 AFC Asian Cup in China with a 2-0 victory over Hong Kong in September.

Back in May, Belgian Marc Wilmots was announced as Iran’s new National Football Team head coach, with an annual salary of 1.5 million dollars along with two assistant coaches of his choice.