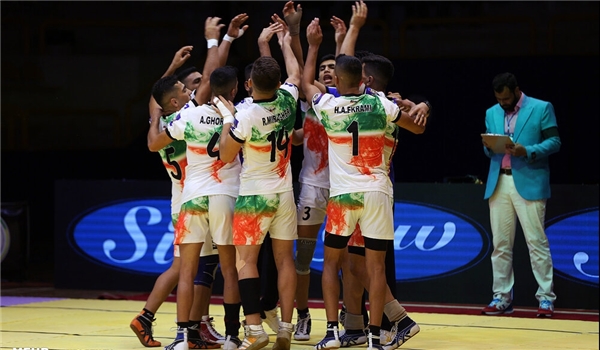 TEHRAN (FNA)- Team Iran staged a magnificent show in its second match at the first ever Junior Kabaddi World Cup in the Persian Gulf island of Kish where the Iranians handed a 90-46 defeat to Turkmenistan to top the Group A of the event.

The Iranians dictated their tactics from the onset, finishing the first half 41-22, and continued their brutal performance to post a 90-46 victory, earning their second win at the tournament.

Iran, who are the favorites to clinch the title on home soil, had demolished Thailand 60-19 a day earlier.

The Group A leaders will meet Malaysia in their last group match on Wednesday.

The 1st Junior World Kabaddi Championship kicked off on the ninth of November and will wrap up on 15th November 2019 in Kish Island, Iran, organized by the International Kabaddi Federation (IKF). The tournament features U-20 players from around the world as a motive to give recognition to future Kabaddi stars.