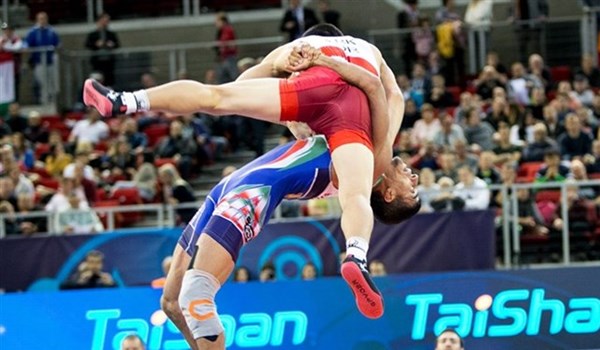 TEHRAN (FNA)- Team Iran staged a superb performance at the U23 Senior Greco-Roman Wrestling World Championships in the Hungarian capital city of Budapest, claiming the world title ahead of Georgia and Russia.

The under 23 Greco-Roman wrestling team of Iran won the title of U23 Senior Greco-Roman Wrestling World Championships in Budapest, Hungary after winning 6 medals on Sunday.

The national U-23 Greco-Roman wrestling team of Iran won the U23 Senior World Championships after collecting 3 gold medals and 3 bronzes on Sunday.

The Iranian wrestlers won the world title with 122 points, followed by Georgia and Russia in the second and third places with 121 and 118 points, respectively.