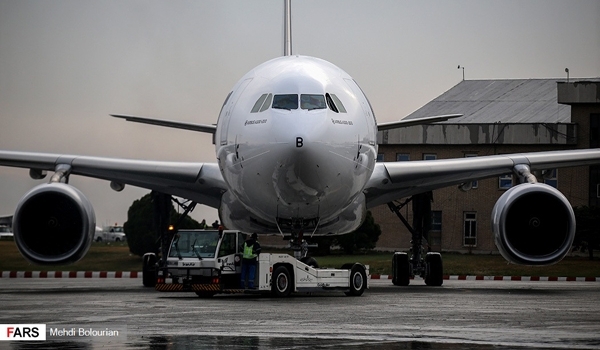 "At present, we produce defroster and cooler glass for most of the existing planes in the country; these glasses are covered by a nanocoating with the thickness of 100 to 500 nanometers," Mohammad Hossein Sheikh Sarraf, a senior expert in designing plane glasses at an Iranian company, said on Monday.

"At present, we are working on production of glasses for Airbus planes," Sheikh Sarraf said.

Iranian scientists could stand atop the Middle-Eastern states in the development and advancement of nanoscience and nanotechnology, a reputable international magazine reported, adding that the country ranked 16th in the world.

Scimago Institutions Rankings, a science evaluation source to assess worldwide universities and research-focused institutions, released the data of the Middle-Eastern countries' ranking in 2017.

"Nanotechnology has extensive uses in defense-military industries and it leaves a major effect in the further advancement of defense systems," General Hatami said on the sidelines of the 12th International Nanotechnology Festival and Exhibition in Tehran.

He described nanotechnology as highly important in increasing the Armed Forces' combat power, and said, "We believe that the knowledge-based and nanotechnology companies can play a special role in the enhancement of the deterrence power as the strategic backup of the defense industry."