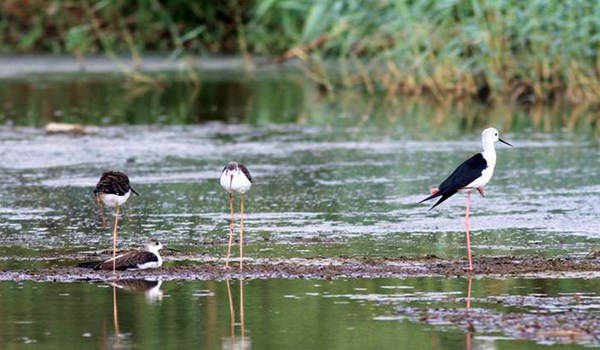 TEHRAN (FNA)- Iranian researchers from Isfahan’s Science and Technology Town found a new nano-technology solution for dredging used in Anzali Lagoon of Northern Province of Gilan, and introduced the method at the 19th Exhibition of Research and Technological Achievements in Tehran.

After being showcased at the 19th Exhibition of Research and Technological Achievements held last week in Tehran Permanent International fairgrounds, this innovative method was highly welcomed by foreign companies.

Accordingly, industrial contracts were concluded on the sidelines of the exhibition.

One of these contracts related to the revitalization of Anzali lagoon using accelerated bioremediation, increasing water-intake volume as well as reducing one-meter height of sludge on average.

It should be noted that this contract was inked between Isfahan’s Science and Technology Town and the Department of Environment (DoE) with the aim of increasing water-intake volume by 800-1200 million cubic meters and reducing sludge depth by 60-100 cm.

For his part, Dr. Mehdi Abtahi Head of Isfahan’s Science and Technology Town said, “Anzali wetland has faced serious problems such as existence of sediments in recent years.”

Nanotechnology method has been used in this project, which is done by one of the knowledge-based companies of the township, he said, adding, “Sediments of the wetland are removed using nanomaterials.”

A supervisory committee will be set up for the implementation of this project in cooperation with universities across the nationwide, he maintained.

The sediments in this wetland are a mixture of organic and mineral materials, so that various wastes and numerous plants are mixed with one another to form adhesive compounds.

According to him, this nanomaterial can separate sticky materials in the wetland and also disintegrate organic and inorganic parts.

So far, the project’s pilot has been carried out and its accuracy has been verified, he said, adding, “Moreover, these reports were confirmed by Gilan province Aquaculture Research Center and the Department of Environment (DoE).”

In the end, Dr. Mehdi Abtahi Head of Isfahan Scientific and Research Township once again reiterated that technical knowhow of this project has highly been welcomed in abroad.

One of the most important clefts in the southern parts of the Caspian Sea is the Anzali Wetland (lagoon), located to the Southwest of the Caspian, and the Mian Kaleh Peninsula which is separated from the Caspian Sea by the Qazian and Gorgan Bays. These are amongst the famous attractions of Gilan and Mazandaran provinces.