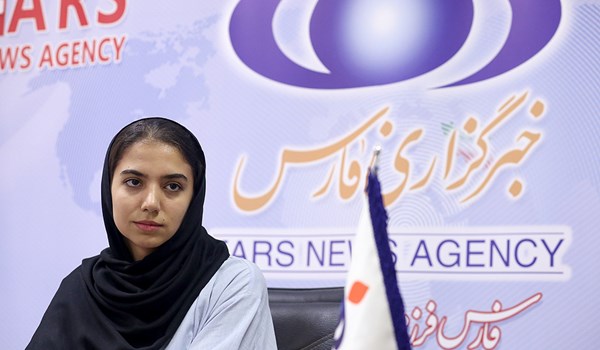 With 2470 points, Iranian grandmaster gained the rank of 19th in the standard women’s section in the December ratings of FIDE. Yifan Hou and Wnjun Ju of China sit atop the ranking table with 2662 and 2575 points, respectively.

In the juniors’ standard category, Parham Maghsoodloo has achieved the 4th rank with 2688 points, after Poland’s Jan-Krzysztof Duda (2738), China’s Yi Wei (2728), and Russia’sVladislav Artemiev (2709) in the first three spots. Iran’s Alireza Firouzja (2607) and Amin Tabatabaei (2587) stand in 12th and 19th places of this table, respectively.

In the ranking of countries, which is measured by the average rating of their top 10 players, Iran has moved one place up compared to last month with 2555 points, sitting in the 25th place. Russia (2740), China (2713), and USA (2702) have gained the top standings.

On Friday, Iran's national chess team finished first at the World Youth U-16 Chess Olympiad 2018 in Turkey to win the title for the 5th time.

FIDE World Youth U-16 Chess Olympiad 2018 will be underway in Konya, Turkey until December 3.

During the 6th round of chess Olympiad in Turkey Iranian squad defeated Belarus and ranked first.

Iran with 10 points is on top with Ukraine and Uzbekistan.

The 7th round of the Olympiad will also be held today.

World Youth Chess Olympiad-2017 was competed at Karnavati Club in India. Thirty teams from twenty-five countries had taken part at the prestigious event of World Chess Calendar for Under-16 players.

In Round Nine of the tournament, young Persian Chess players pulled out a decisive win (4-0) over Belarusian rivals and received the bronze medal.

Russian stood at top of the podium winning the gold medal while host India collected the bronze medal to finish in the second position.

Iran had won the title in the 2016 edition of the sport event.

In the nine round Swiss System event, each team needed to field a maximum of 5 players which include one girl player and she had to play at least three 3 rounds. For the records, the event had attracted one Grandmaster, fourteen International Masters and four women international masters and twenty nine Fide Masters.