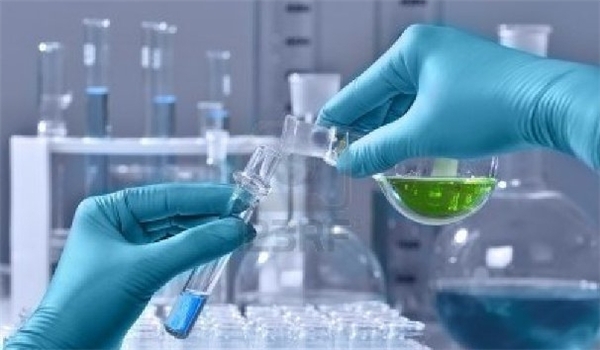 TEHRAN (FNA)- A straightforward, highly efficient and low-cost biological method was introduced by Iranian scientists for the synthesis of magnetic nanoparticles from iron scraps.

Three urease-positive bacteria namely, Bacillus subtilis, B. pasteurii, and B. licheniformis were used to biosynthesize ammonia and biosurfactants required for the nanoparticle production, Hosseini explained.

Elaborating on the results of the research, Hosseini said that they indicated that the biologically fabricated powders had a single domain structure, and their mean particle size was in the range of 37 to 97 nm. The production capacity of the biological processes was double the chemical method, and the biosynthesized superparamagnetic nanoparticles had higher saturation magnetization up to 132 emu/g. Finally, the removal of Cr(VI) from a synthetic solution was investigated using the four products. The maximum elimination of chromium (over 99%) was achieved by the particles synthesized by B. pasteurii, with the adsorption capacity of 190 mg/g.

The Iranian scientists have made great progress in new technologies, including nanotechnology.

In a relevant development earlier this month, Iranian researchers at the University of Tehran found a method, using nano-coatings, to increase the efficiency of aircraft, and announced plans to test it in large scale in cooperation with the Airbus company.

"We have increased nearly 30% the lift power and drag power factors in the laboratory stage which means that we have boosted efficiency of planes 30% in the lab," Seyed Farshid Chini, the executor of the plan, said.

"We have increased efficiency of the planes by reducing friction, using nano-coatings," he added.

Chini explained that he and his team had a visit to the Airbus research center in France to talk about the project a month ago, noting that a delegation from France would travel to Iran in the fall to continue research.

"Based on a contract with Airbus, we will test our studies at a larger scale," he added.

TEHRAN (FNA)- In response to the latest round of US arms sales to Taiwan, the Chinese Foreign Ministry called on Washington to cancel the proposed deal on Thursday.
﻿
﻿
Sections