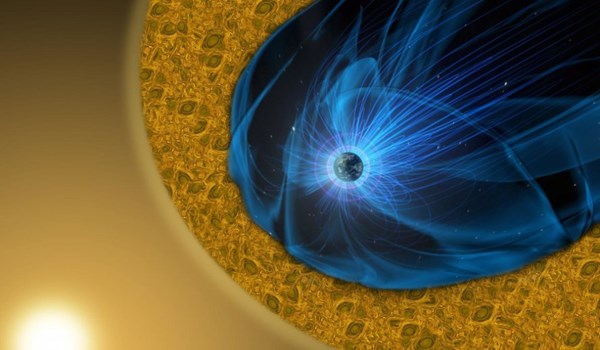 TEHRAN (FNA)- Iranian researchers designed and launched a system which can boost efficiency of solar dish collectors with the help of nanofluids.

Reyhaneh Loni, a researcher at Mohaqeq Ardebili University, explained that a solar dish collector with a tubular cavity receiver was used as the Organic Rankine Cycle (ORC) heat source in this research.

She added that the system decreases waste of solar energy when collected and increases efficiency of solar dish collectors.

According to Loni, nanofluids can transfer the thermal energy absorbed from the sun with the minimum waste, given their high thermal conductivity.

Iran has in recent years increased efforts to use renewable energies to produce electricity instead of fossil fuel.

The country has located 3 sites for the construction of geothermal power plants and is building the first such facility in the Northwestern province of Ardabil.

"The 5-MW geothermal power plant under construction in Meshkinshahr was designed several years ago and its turbine is being installed," Shahriar Bozorgmehri, the head of the Renewable Energy Department of Niroo Research Institute, said in April.

He explained that Iranian experts have identified three proper sites, including Meshkinshahr, Damavand and Sistan and Balouchestan, for the construction of geothermal power plants.