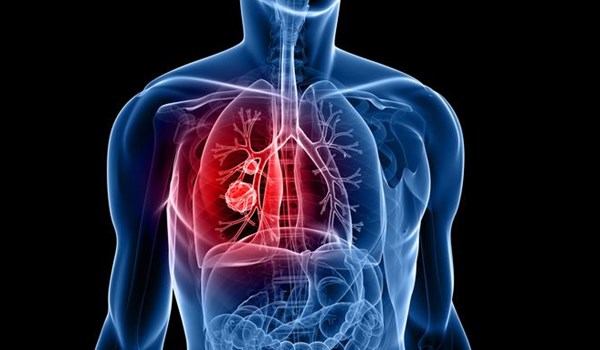 TEHRAN (FNA)- Iranian researchers at Amir Kabir University of Technology produced a new type of magnetic nano-fibers for targeted transference of drugs to the cancerous cells in human lungs.

"Lung cancer is one of the most deadly types of cancers in the world. The drugs to treat this type of cancer have a low half-life time which decreases their effectiveness and their consumption in high dozes will have more side effects," Dr. Mohammad Irani, one of the researchers at Amir Kabir University, said on Saturday.

He noted that releasing the drug at a low speed in tumorous cells will increase its effectiveness and decrease its side effects, and said, "Using the magnetic and anti-bacterial nano-fibers which are sensitive to pH in this plan can help materialization of this goal."

Dr. Irani explained that 80% of A549 cancerous cells died within four years in patients after using the magnetic nano-fibers to release drugs in the tumors.

In a relevant development in April, Iranian experts at Sharif University of Technology designed and manufactured a machine which is able to find and separate circulating tumor cells (CTCs) in the blood of cancer patients.

"If the machine is put on a rotary system, the blood sample will flow into the machine using a centrifugal force without any need to external pumping," Hamid Shamlou, one of the Iranian scientists working on the project, told FNA.

"Finally and after two phases of separation by the magnetic field and centrifuge, the target cells will be separated from the other cells existing in the blood," he added.

Circulating tumor cells (CTCs) are cells that have shed into the vasculature or lymphatics from a primary tumor and are carried around the body in the circulation. CTCs thus constitute seeds for the subsequent growth of additional tumors (metastases) in vital distant organs, triggering a mechanism that is responsible for the vast majority of cancer-related deaths. CTCs also have the potential to provide a mechanism for early patient prognoses and to determine appropriate tailored treatments.

Iran is among the very few countries which have developed a remedy for the most fearsome disease in the human community, known as AIDS. In 2007, Iranian scientists found a safe and effective cure for the dreaded virus, AIDS. This medicine made up of herbal and chemical components works to build immunity and enhance the quality of life of both AIDS and HIV-positive patients with no proven side effects.